Electing to make a new home among the clouds, humankind has assembled a variety of airships to provide utilities, thereby creating airship city.

Electing to make a new home among the clouds, humankind has assembled a variety of airships to provide utilities, thereby creating airship city. However, this newly created city Iacks both a means of transportation and vital public facilities.

As airship engineers, you will gather materials and work hard to build airships to further the development of airship city. You may choose to
donate your completed airships to contribute to the city’s development, or sell them to secure the funds needed to make an even larger contribution.

ln order to build airships efficiently, you’ll need to donate airships to cultivate a positive relationship with the city, renovate your workshop, hire workers, and occasionally piggyback off other engineers to acquire resources. You can contribute to the city’s development not only by donating airships, but also by building public facilities and participating in trade.

Will your contributions to the development of airship city earn you fame as an airship engineer? 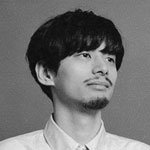 Masaki Suga, born in Toyko 1984. Went to Art College learning Visual Production, and managed the projects in a production company after graduation. Started the board game maker Analog Lunchbox with Saori Shibata in january 2016, major work being Passtally. 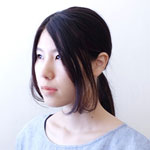 Saori Shibata, born in Hokkaido in 1988. Worked at a design company after collect, and is currently a freelance graphic designer. Makes all the art and all design in Analog Lunchbox.

How was this game designed?
Masaki: The origin of Airship City was made during the developpment of “Botanical Lab”; I came up with the idea of a worker placement game with moving tiles. But as the game was playtested, it was cut out due to play time issues, and the idea was taken to be a game of its own, which turned into Airship City.

How long did the developpment take?
Masaki: The idea for the main mechanism of moving action tiles came in spring 2017, and the game was released in fall 2018, so roughly 18 months.

Why airships?
Masaki: When I searched for something that would fit the idea of moving action tiles, I landed on the idea of a collection of buildings that could move around. Hence, a city. As the action tiles moved along a grid, I figured it would be cogwheels, and I’d always wanted to make a steam punk game, so it ended up as a bunch of airships, that together formed a city.

The art is unique. How did you come to this design choice?
Saori: We had an issue with that the typical design tone of steampunk (a lot of gold and very gorgeous) wouldn’t fit at all with our typical design choice. So on purpose, we turned out backs on the steam punk graphics design, and tried an “Analog Lunchbox” steampunk version by flattening the colours and having bleak colours instead, all the while keeping the steampunk sense.